Skeleton - Ryuichi Sakamoto by Kordz
When I was asked by Holland Festival to do the scenography for Kordz reinterpretations of Sakamoto's early works I decided to do a deep dive into Sakamoto’s heritage - mainly as I was mostly aware of his more recent ambient works and beautiful collabs with ao Alvo Noto, not so much with his earlier works. I found out we have a common fascination for non-linearity. In music, but also in general for the experience of time - also in objects like the Fukushima tsunami tuned piano in the film about Sakamoto: Coda.

Central to the scenography is an ‘intercepted’ oak tree, already scheduled to be cut down for forest maintenance. It is hanging over a distance of 25 meters in the big hall. The tree is shaped like it could be the skeleton of an ancient creature, a spine if you will. Whale remains in a natural history museum. It is meant to be a symbol, inspired by Sakamoto’s more tree foundation (everyone is free to donate to).

After hanging in Muziekgebouw aan 't IJ the tree will be lay to rest in a natural reserve in Utrecht where she will be the shelter for small creatures and new living things and where she will slowly dissolve in nature. 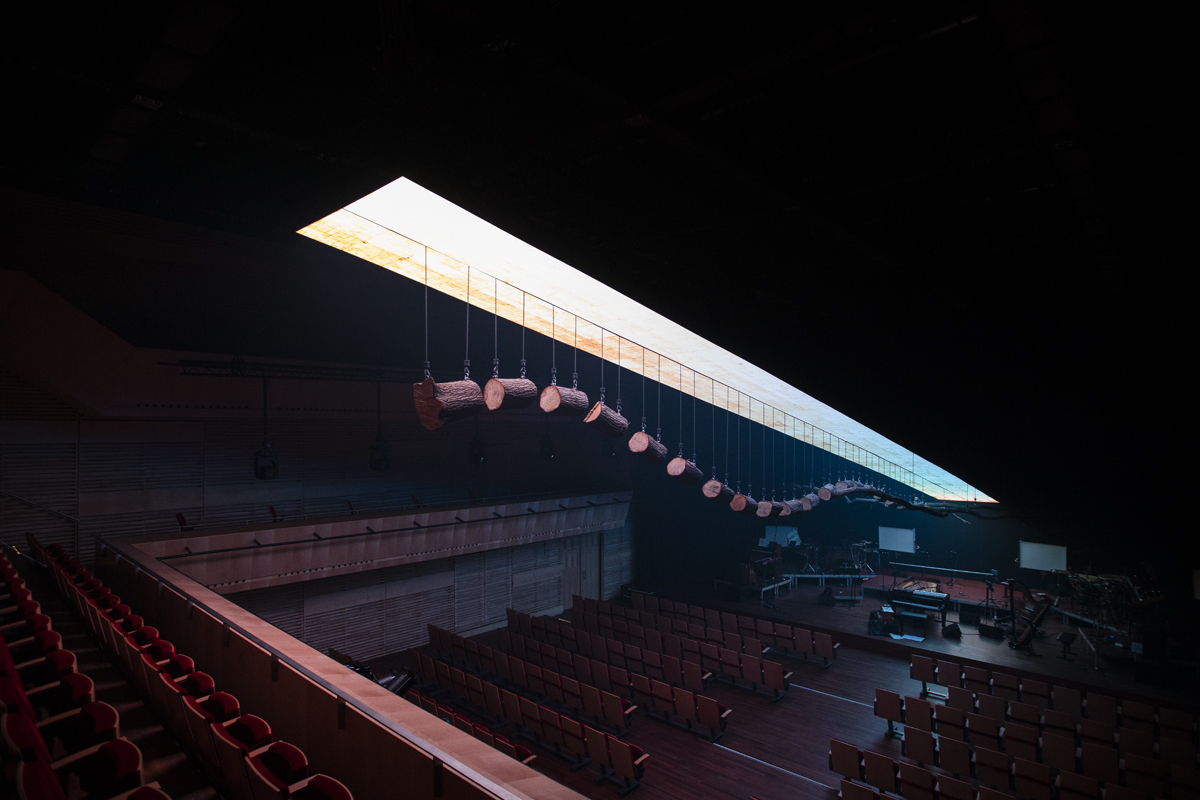 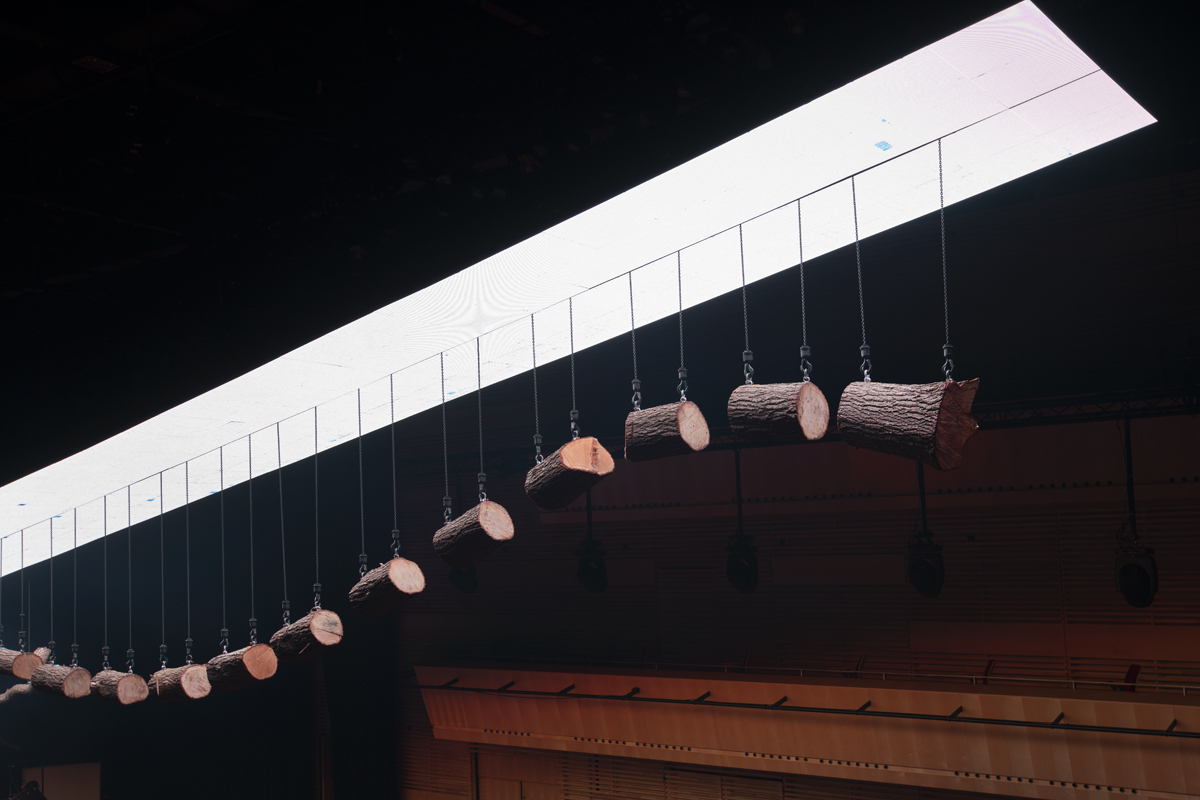 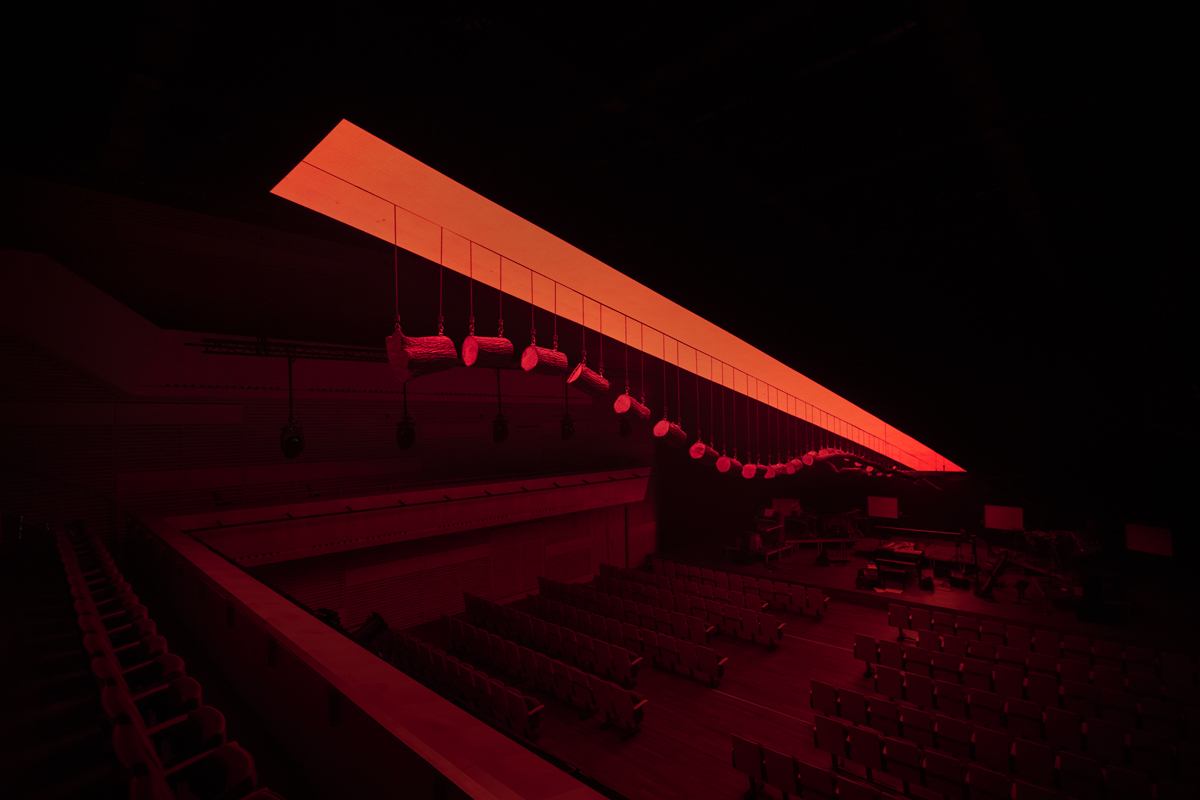 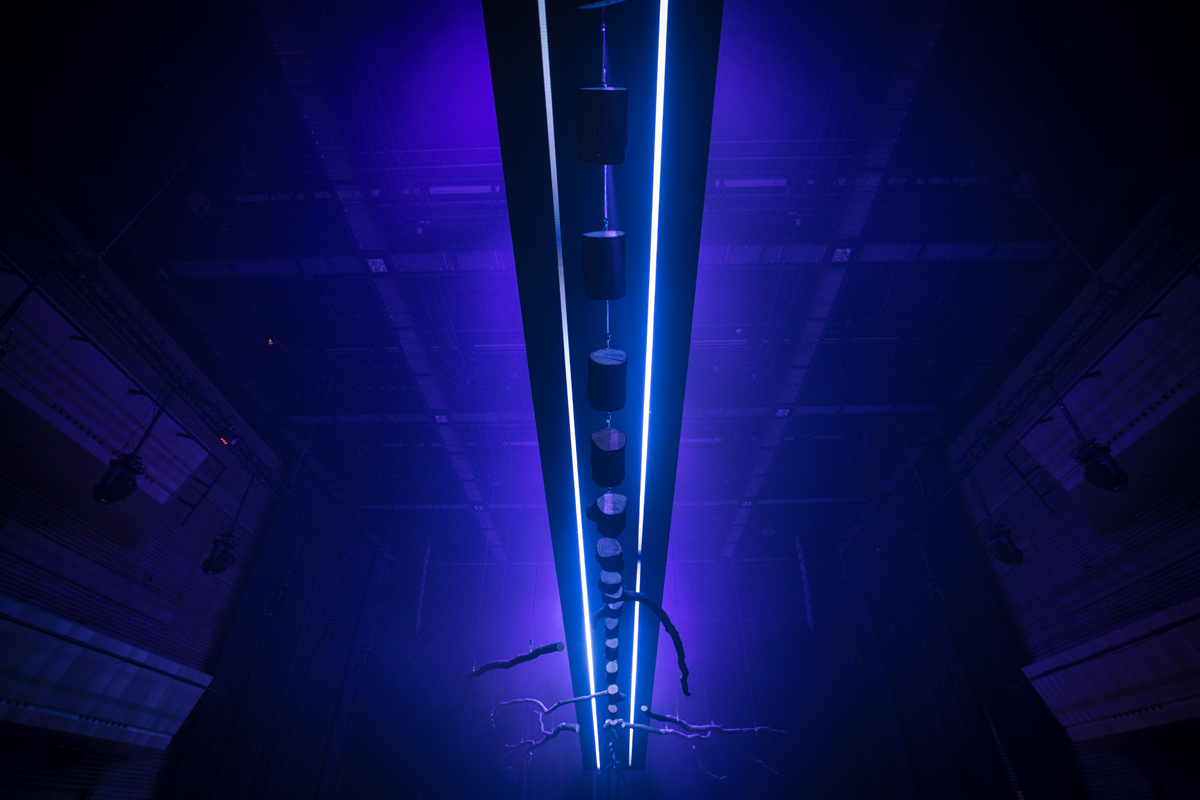 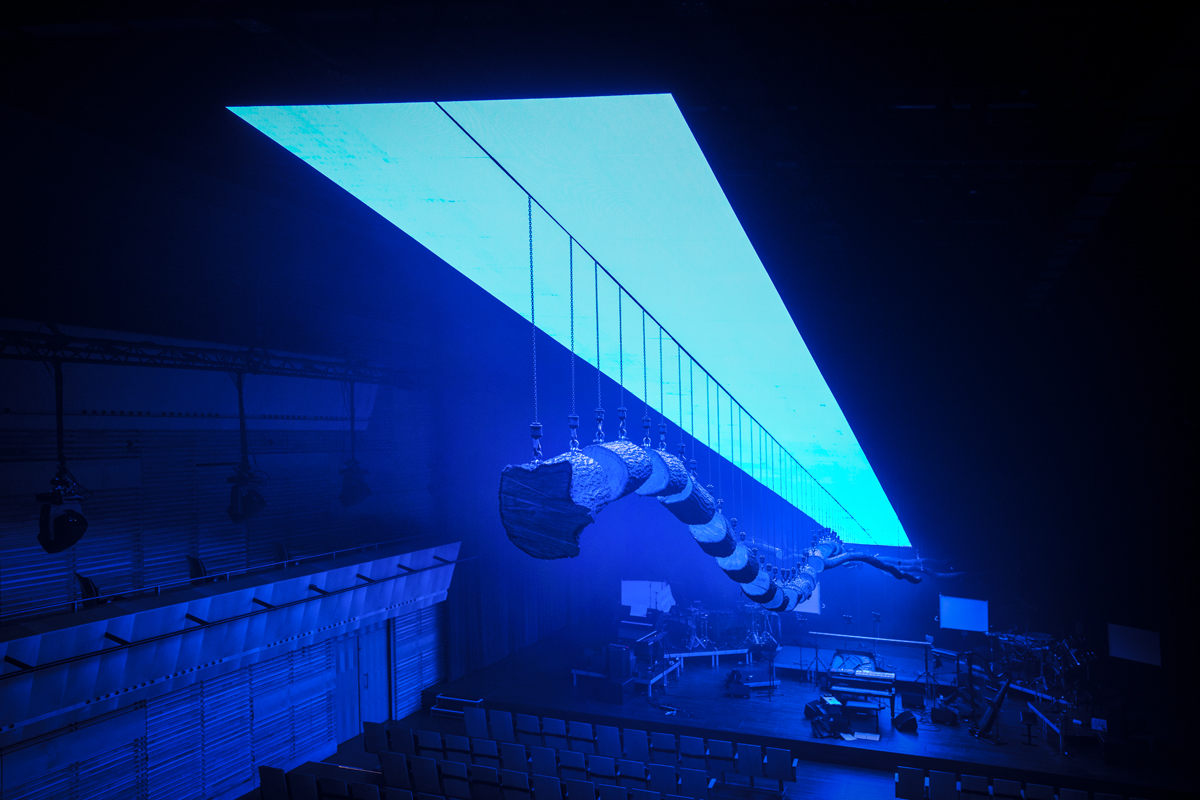