SKYLINE I is an installation exploring audiovisual patterns on a linear scale. The installation ranged over 80 metres in the monumental Scheepsbouwloods of the NDSM Dockyard in Amsterdam. Custom light armatures by Bob Roijen directed the powerful strobe lights in narrow beams on the floor. The installation created the illusion of almost tangible physical objects rushing through the visitor. When the installation was on show a poetic resemblance with the original function of the space arose: the almost primal noises travelling through the space seemed to pay an homage to a time when huge ships were being built there until 1984.

As part of the first Art Direction project with the theme ‘Modular’.
In collaboration with Nick Verstand & 4DSound 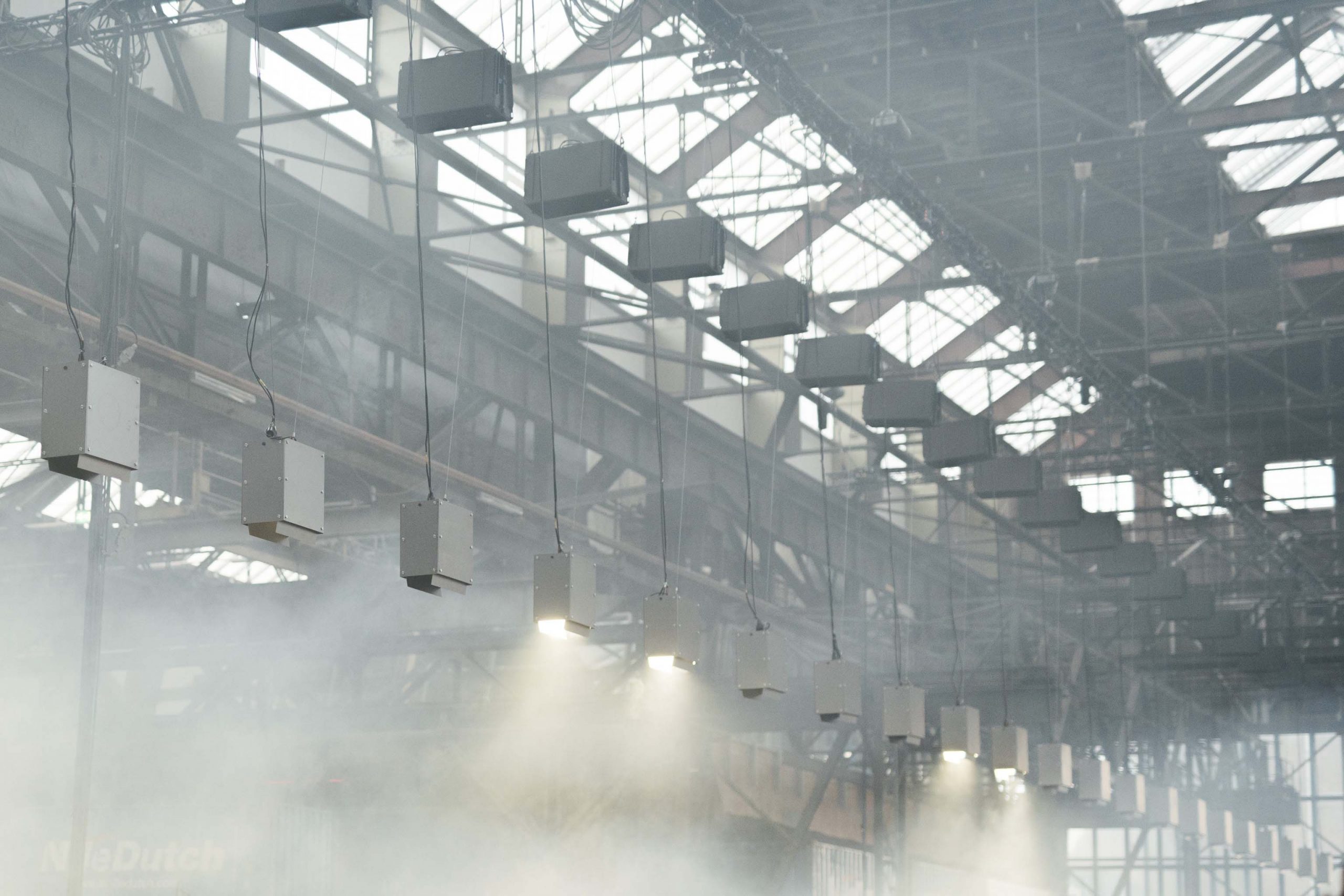 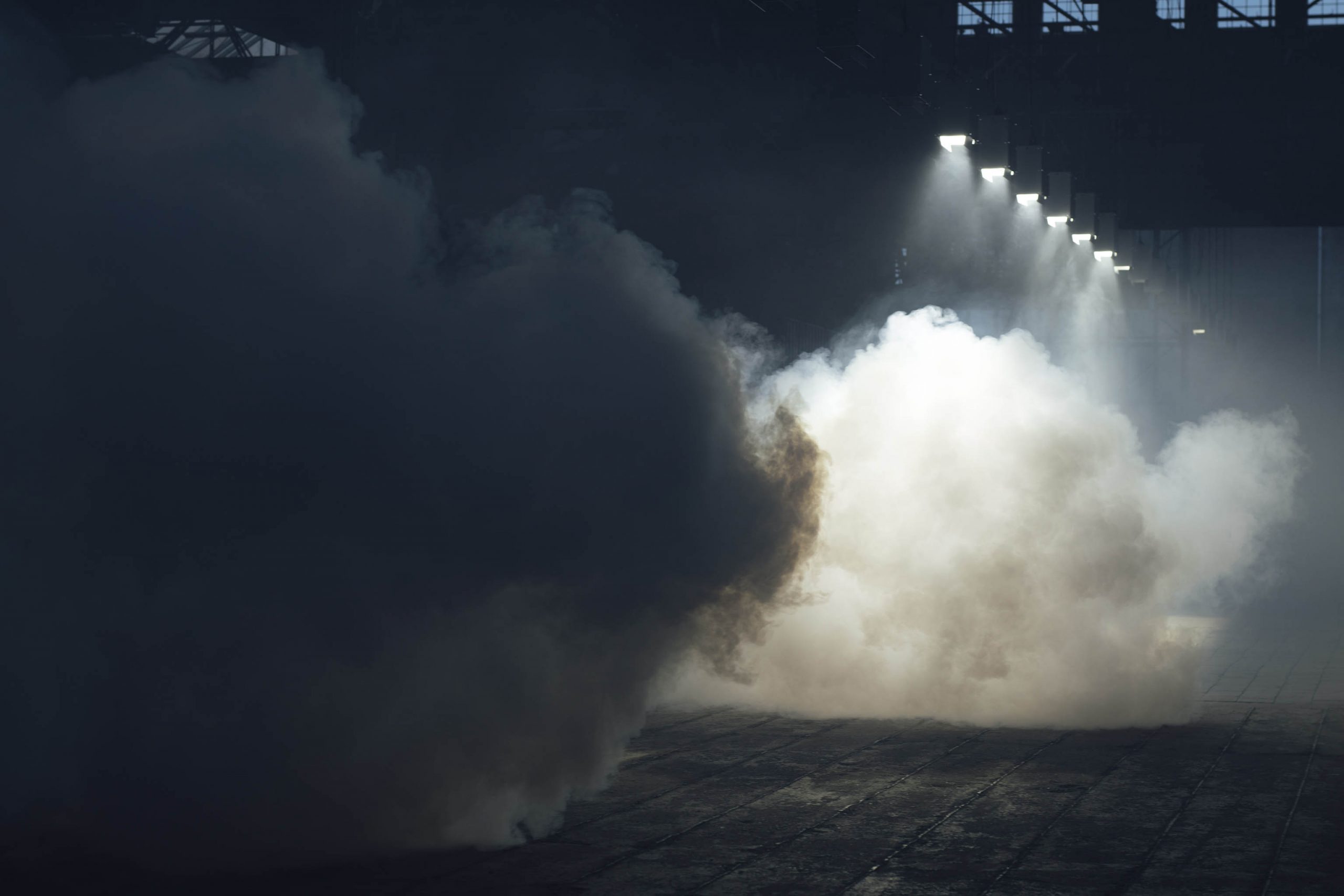 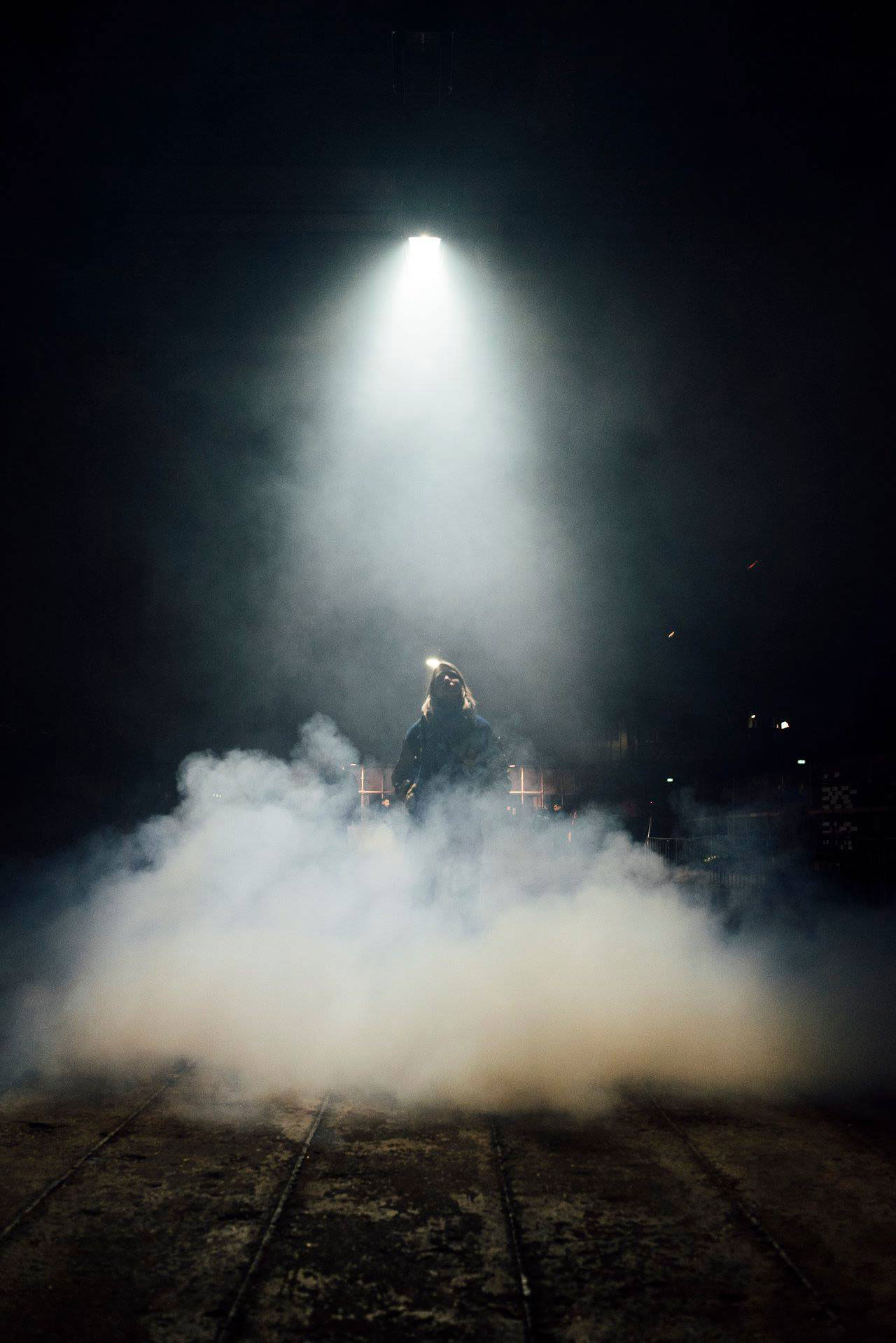 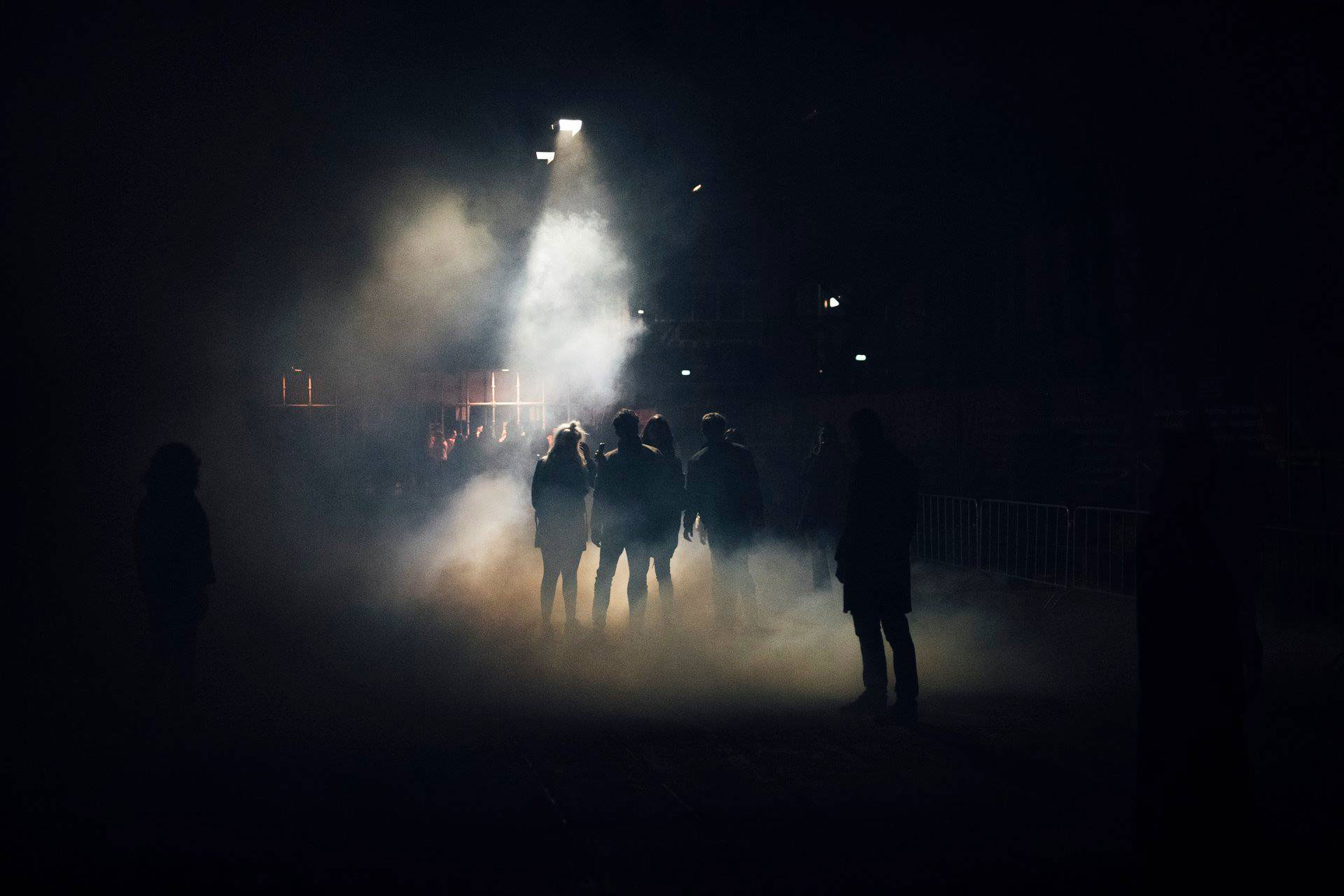